Vegan zucchini bread for a dairy-free eggless take on a homemade loaf. With a touch of vanilla, cinnamon, and nutmeg, this delicious load offers sweetness and spice in each hearty mouthful.

Vegan zucchini bread is a sweet dairy-free loaf with a hint of spice and vanilla. It has a delicious moist inside and crunchy outside that rivals any traditional homemade loaf.

While it does contain all-purpose flour, the absence of eggs and milk makes achieving the same rise as traditional bread tricky. However, by using a modest amount of grated zucchini or courgette, we manage to avoid it becoming too dense. Let’s get into the recipe.

You can tweak your zucchini loaf with spices like cinnamon and nutmeg. You could sprinkle cinnamon sugar or brown sugar on top or have a crumb topping. Add in spices or ingredients such as walnuts or pecans. You could also sprinkle some icing sugar on top.

You can add in chocolate chips to make the bread a little sweeter. You can also add in other vegetables, such as carrots, which add to the dimension of sweetness. Zest lemon or oranges over the bread to give the loaf a different type of zing.

You can store it at room temperature, in the fridge, or the freezer. Either way, keep it in an airtight container to keep the elements out. If you keep it in the freezer, you will need to take a few extra precautions.

You can either choose to freeze it whole or slice it. Then place it in foil before putting it in an airtight container and freezing it. At room temperature, it will last for between 1 to 2 days. In the fridge, it will last for 3 to 5 days.

You can reheat zucchini bread in a toaster oven. Make sure to remove the exact amount you would need at a time. Place it on a baking sheet, then heat it at 325˚F. This should take about 5 minutes.

Can You Make Zucchini Bread Gluten-Free?

Yes, you can make vegan zucchini bread gluten-free by swapping out the flour for a gluten-free substitute such as almond flour. 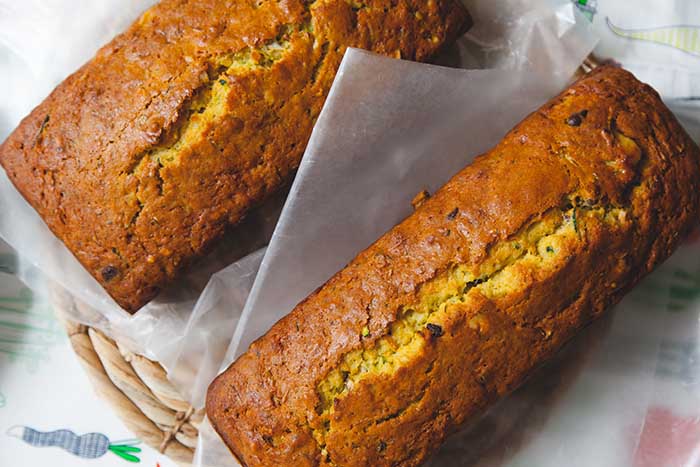 What to Serve with Goulash [10 Side Dish Ideas]