Sour cream is an ingredient that’s frustratingly easy to waste. Learn how to extend its shelflife while retaining quality and freshness with our freezing guide.

Sour cream is a versatile ingredient that adds a delicious layer of richness and creamy texture to almost any recipe. It’s also an excellent yogurt substitute thanks to its ability to making baked goods lighter and more fluffy.

Sour cream, like many dairy-based condiments, is one of the world’s most wasted ingredients. While used in so many types of Western cuisine and recipes, like Tex-Mex burritos or European soups, we often fail to use it all in time.

Thankfully, we can cut down on food waste and save money by freezing sour cream, all while maintaining a remarkable level of quality and freshness. Whether you want to use it in potato salad or salad dressing, here’s how to freeze sour cream.

If you want to freeze an opened can of sour cream, follow the steps below:

On the other hand, if you want to freeze an unopened pack of sour cream that you don’t like to use immediately, follow these steps:

Whether your sour cream was opened or not before freezing, the thawing process is similar. You should move it from the freezer to the refrigerator and give it time to cool down and break the ice covering it. Stir the cream continuously before using it.

Alternatively, once thawed, it can be blended, whipped, and then stored in the refrigerator. Leave it there to sit for some time to bring back the texture.

If you want it to have that original, thick texture, you can mix 1 or 2 tablespoons of cornstarch in it and stir. Never thaw it at room temperature, as this encourages bacterial growth.

Before putting your sour cream in the freezer, there are some important pointers to remember, including:

How To Use Frozen Sour Cream

Before you use your frozen sour cream, let it thaw in the refrigerator for around one day. However, the thawing time depends on the amount you froze. On the other hand, if you decide to add the cream to a soup dish, you can just put it directly in the pot, making it thaw faster.

There are numerous ways you can use sour cream, including:

Other than the ways mentioned before, there are even more ways you can use your frozen sour cream. For example, you can use some of it to create your batch. Although you might not want sour cream on your hands, it is good to know that you can make more with your frozen batch.

One of the best things about homemade sour cream is that it is sweeter than the kind you get from the grocery store. You can decide whether to make just a little or as much as you would love. Your family and friends might also be lucky to get a tub of fresh sour cream from you.

With such freedom, you can always make just enough for whatever recipe you are planning to use it in. This means you will never run out of it in your house whenever you crave a meal that requires it. 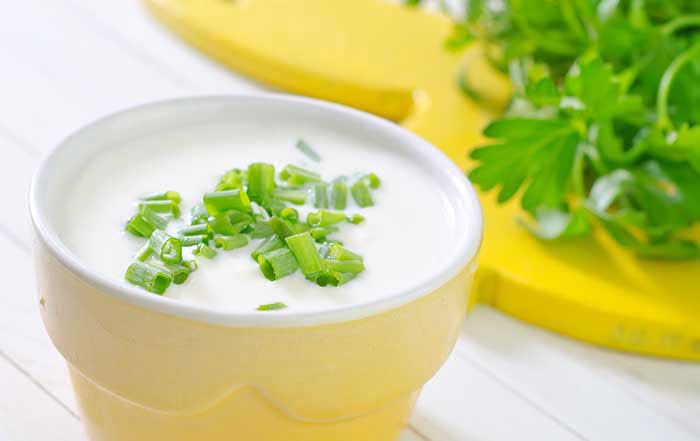 How to Freeze Sour Cream