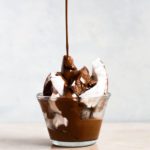 Dark chocolate eaters unite. There might be justification for your letting your sweet tooth run wild. From improved blood flow to lower stress levels, here are ten reasons why you should boost your dark chocolate consumption.

Chocolate gets a bad rep, but that’s awfully harsh on the superfood dark chocolate. Yes, that’s right, I said superfood!

I should also add that all of this is in good moderation. Eating mountains of the stuff won’t do you much good, but rather small portions as part of your diet. Let’s get into it!

If ever there was a statement that we chocolate lovers will use to justify our cravings, it’s this one: Chocolate has been suggested to make us smarter.

A study in 2006 increased the consumption of dark chocolate in the diets of a group of subjects for five days, before then asking them to complete a series of cognitive tasks, comparing their results to a group of people whose diets had not been altered.

The study found that the new chocolate-heavy diet significantly boosted the performances of the subjects, suggesting that chocolate is a great brain power food.

This is linked to the presence of a magic ingredient in dark chocolate by the name of flavanols, which improves the function of the inner lining of the blood vessels, making it easier for blood to flow through them.

It’s worth pointing out though that flavanols are only particularly present in dark chocolate, not milk chocolate, so be sure you get the right kind before you start trying to boost those brain skills!

Need further proof? The below diagram shows an interesting correlation between a country’s chocolate consumption and the number of Nobel Laureates there have been from that same country. Time to start eating!

Flavanol, that key ingredient again, is so good at improving the flow of blood to your brain that it’s also been shown to reduce memory loss over time.

In a study led by Columbia University’s Dr. Scott A. Small, when healthy people between the ages of 50 and 69 drank a mixture high in cocoa flavanols for three months, they performed about 25% better on memory tests compared to those who didn’t consume the mixture.

Unfortunately, this same effect hasn’t been seen in sufferers of Alzheimer s disease, but it’s a great reason to give dark chocolate a go. Find out more about the study below.

When I think back to the piles of papers I was wading through during my thesis at university, I remember how much better I felt after eating chocolate.

Well, turns out there’s some hard science behind it (See? I knew what I was doing).

Dark chocolate has been found to improve mood by increasing serotonin and endorphin levels in the brain. 85% dark chocolate contains serotonin itself, and also contains carbohydrates in the form of sugar, which will further boost your serotonin levels.

Furthermore, according to research, eating about an ounce and a half of the dark stuff daily for two weeks can lower levels of the stress hormone cortisol.

Isn’t it a relief to know that not only do you love chocolate, but it also loves you back? It’s been found that small acts of pleasure can lead to a significant reduction in feeling certain pain stimuli, including eating chocolate.

A study featuring rats as its subjects has found that they don’t respond as quickly to pain while they’re eating chocolate. Researchers gave rats a chocolate chip to eat as they turned on a light bulb underneath their cages. When not eating, the heat from the bulb would cause the rats to try to resist the pain by holding up their paws.

However when the rats ate chocolate, their pain response to the heat was dulled and they did not lift their paws as quickly as when they were not eating, also continuing to eat.

But what about humans? A 2014 study with sufferers of peripheral artery disease (PAD) found that participants were able to significantly increase both their walking distance and speed. As PAD is a condition that causes sufferers a great deal of pain while walking, this is a pretty significant finding!

Why could this be? The cocoa in chocolate is strongly anti-imflammatory and, as the sensation of pain is often associated with inflammations, this helps alleviate pain.

As mentioned above, chocolate is great at helping relieve stress and making us feel happier. But this effect is so great that it can actually be passed down via the mother to make us have happier babies.

A study in Finland interviewed a group of pregnant women about their perceived happiness and stress levels. When asked again six months later, after they had given birth, they were asked about certain aspects of their children’s behavior.

They found a strong correlation between happy babies and happy moms.

So maybe those odd food cravings have some practical basis after all!

Ok, hear me out on this one. On the face of it, this might go against a lot of what you’ve heard, but there is some sound logic behind this, and will help you add dark chocolate to your diet without putting on the pounds… In fact, quite the opposite.

A group of researchers in Denmark discovered that dark chocolate is far more filling than milk chocolate, minimizing your cravings for sweet, salty and fatty foods.

So a couple of small pieces of dark chocolate will go a long way to making it easier to stick to that diet of yours!

Get ready for this one. A study has found that regular long-term consumption of cocoa led to a 50 (FIFTY!) percent drop in heart disease.

Further to this, but by no means less important, a University of Aberdeen study found that those who ate up to a small bar a day of the dark stuff had an 11% less risk of cardiovascular disease.

Why could this be? Dark chocolate’s flavanoids stimulate the lining of your arteries to produce nitric oxide, which helps relax the arteries, improving blood flow while also lowering blood pressure.

Well, its powerful antioxidants makes it easier for blood to pass through your arteries, helping to reduce oxidized low-density lipoprotein (LDL), otherwise known as the ‘bad’ cholesterol. When oxidized, LDL is prone to damaging the inner lining of the arteries in your heart. What dark chocolate’s antioxidants do is protect LDL from oxidative damage, and therefore protect your heart.

Long-term chocolate consumption has been shown to make subjects’ skin take significantly longer to develop the reddening of the skin that marks the beginning of sunburn.

A study in Germany exposed chocolate eaters to ultraviolet light and found that after six weeks, they had 15% less skin reddening than those who didn’t eat it. “We believe the compounds in chocolate act as UV filters,” said Wilhelm Stahl, the study’s leader. After 12 weeks, the chocolate eaters’ skin was 16 percent denser and 42 percent less scaly.

What’s more is that if you’re worried about acne breaking out due to chocolate consumption, researchers in Australia have said that they don’t believe that there is anything to suggest that chocolate triggers skin blemishes.

Dark chocolate can also act as a remedy for the common cough, with a compound in cocoa believed to reduce symptoms of both mild and chronic coughs.

One study found that chocolate helped calm cough symptoms almost as well as codeine, thanks to its theobromine ingredient. This chemical, also responsible for chocolate’s feel-good effect, may suppress activity in a part of the brain called the vagus nerve.

Research has found that as many as 60% of subjects experienced at least some relief from coughing.

As a bonus, its professors have claimed that dark chocolate doesn’t have the negative drowsiness side effects that codeine does.

The flavonoids in dark chocolate also help increase your body’s sensitivity to insulin by helping your cells to function normally and regain the ability to use your body’s insulin efficiently. This is important for blood glucose control, and may also help delay the onset of type 2 diabetes in people with pre-diabetes.

Ready to eat? Check out our favorite dark chocolate recipes.

How to Store Cinnamon Rolls